This course is aimed at individuals and organisations who may have to deal with the media during a crisis, whether that event is externally triggered – for example, by a so-called “act of God” – or internally by some kind of error, omission or malpractice. Participants are likely to be experienced in media and communications or hold senior management positions. During a crisis their roles may be public-facing or behind-the-scenes. Attendance is strongly recommended for staff from organisations such as local authorities, health trusts and housing associations that have a renewed imperative to plan and prepare for emergencies under the Civil Contingencies Act and in the wake of the terrible fire at Grenfell Tower.

Register your interest in a public group session

We understand individuals and small businesses may not have the resources to book an exclusive group or one-to-one session, so we operate a wait list system. Give us you contact details and when enough people have registered their interest we'll be in touch to organise a date. For most sessions you'll be alongside (virtually that is) no more than five other trainees. 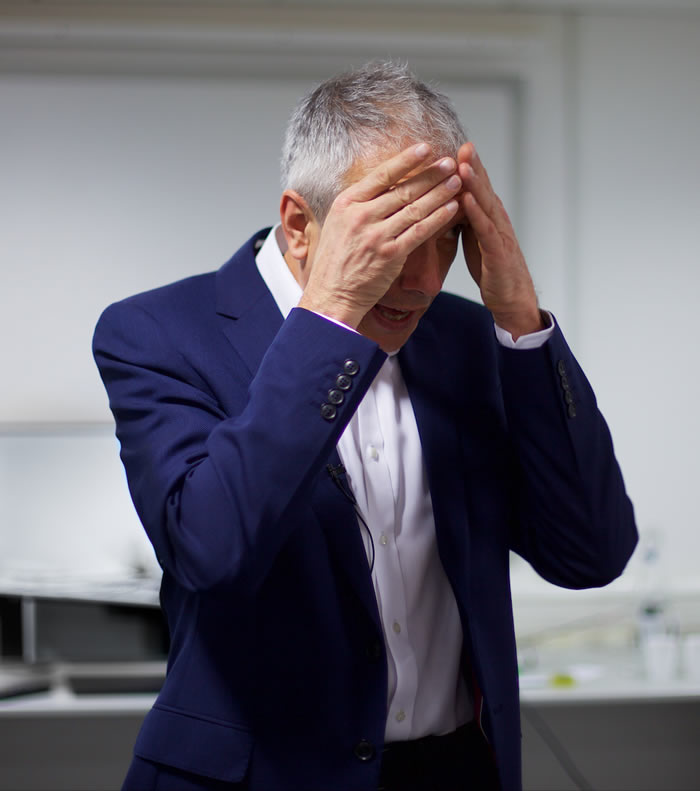 This course is aimed at individuals and organisations who may have to deal with the media during a crisis, whether that event is externally triggered – for example, by a so-called “act of God” – or internally by some kind of error, omission or malpractice. Participants are likely to be experienced in media and communications or hold senior management positions. During a crisis their roles may be public-facing or behind-the-scenes. Attendance is strongly recommended for staff from organisations such as local authorities, health trusts and housing associations that have a renewed imperative to plan and prepare for emergencies under the Civil Contingencies Act and in the wake of the terrible fire at Grenfell Tower.

Our crisis communications workshop is broken into three sections which mirror the distinct phases of an actual crisis:

Different businesses face different risks so we usually recommend we run this workshop for you in-house where we can tailor the exact content to your specific organisational needs. That said we run two or three public workshops a year where the mix of people and risks helps with the cross fertilisation of experience and ideas and the sharing of best practice.

Horizon-gazing
Crises are, by their very nature, hard to predict. But that doesn’t mean you shouldn’t gaze at the horizon to anticipate which Four Horsemen of the Apocalypse are most likely to come charging over and when. High impact events (those which threaten your very organisational future) should be carefully planned for however unlikely they may be.

The message is key
Thinking through the generic key messages in advance means you’re more likely to be ahead of the proverbial curve when it comes to tailoring them to the specifics of an actual event. We’ll show you how to pre-populate an emergency planning matrix with not only the key messages but also the facts and figures to back up those messages and the narrative that can best convey them to the audience. We’ll also explore why rarely, if ever, is saying nothing a sensible option as your silence maybe speaking volumes.

Tone and balance
Striking the right tone is crucial in a crisis. Tony Hayward famously got it wrong when he told reporters he “wanted his life back” as oil from the Deepwater Horizon was still spreading across the Gulf of Mexico. Richard Branson got it right after the Grayrigg rail crash. So we’ll explore how you can be an empathetic Branson not a cold-hearted Hayward. Balance is important too: say too much and you risk alarming an audience unnecessarily; say too little and you could inadvertently risk endangering the public.

Capacity
Even the biggest organisations can find it hard to cope with the sheer volume of calls from both the public and the media during a crisis. Smaller ones can collapse. We’ll suggest how you can build capacity and resilience in advance and through delegated powers free up your crisis managers to manage the actual crisis while others deal with the PR component.

Feeding the beast
If you don’t give the media something journalists will go elsewhere to meet their apparently insatiable appetite for information. If they’re not getting it from you they’ll go elsewhere and you risk losing control of the message.

Managing the message
It was at least theoretically possible to manage the message with the single way in, single way out command and control model that worked (sometimes!) with the traditional media. But with the social web now driving that media and control devolved to the audience it’s even more challenging. We’ll explore ways of meeting that challenge.

Monitoring
There may not be much time in a crisis to monitor the media to keep tabs on what people are saying and how that might affect your reputation. In this workshop we’ll suggest ways in which a monitoring framework can be established in advance so that it doesn’t get forgotten in the heat of an emergency.

Heuristics
How the language you use during a crisis can be misinterpreted and why words must be carefully chosen to convey your exact meaning.

Social media
Twitter has become the go-to tool for both the public and journalists during a crisis as #Grenfell and other more recent emergency and terror-related hashtags demonstrate. Even modest emergencies and reputational issues can spawn millions of Tweets. No organisation has the capacity to deal with such a volume of information but it is possible to monitor the social web and use it to influence opinion – even with a small team. We’ll show you how using our socialmediatestbed.com service.

This workshop is run by ACM founder and director Richard Uridge. Richard’s been at the sharp end of emergency planning and crisis communications as a journalist. He covered the civil war in Rwanda where his work helped Oxfam raise more than £1 million for refugees from the conflict - to this day the charity's most successful regional fund raising campaign. He works closely with the emergency services delivering media training to many of Britain’s police forces, fire services and NHS Trusts. A seasoned (old!) commentator on crisis communications, he helps the nuclear industry avoid similar pitfalls to those that swallowed up Tony Hayward, the former chief executive of BP who lost his job and saw billions of pounds wiped off the share value of his company in the wake of the Gulf of Mexico oil spill.

What our clients say:

ACM Training is a trading name of Crosshands Limited. Our registered office is at the above address and our registration number is 03136393.